Washington, DC—Congressman Mike Honda (D-Silicon Valley) introduced the Equity and Excellence in American Education Act to provide schools with the resources needed to provide each and every child with a high-quality education, and to encourage state governments and local school districts to partner with the federal government to adequately fund America’s public schools.

Valerie Leonard talked with Ralph Martire about CTBA's programs and services and ways community-based organizations can use data to drive policy, advocacy and programs to bring about social justice. 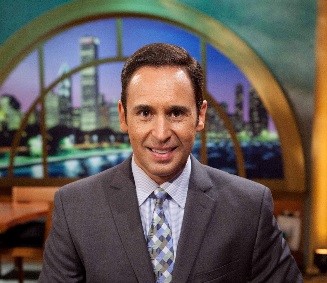 Ralph Martire to present on the Illinois state budget and its impact on critical services at the 9th Annual Chicago African American Summit.

A new public opinion poll released today shows that 65 percent of Illinois voters support a proposal to raise $300 million for Medicaid and $300 million for community health programs that prevent heart disease, diabetes and obesity through a penny per ounce tax on sugary drinks. At a time when the Illinois General Assembly and Governor are looking for ways to raise revenue, the poll reinforces that the public is interested in and receptive to this innovative solution to fund critical health programs.

Health advocates support the Healthy Eating Active Living (HEAL) Act, introduced by Sen. Mattie Hunter (SB 1584) and Rep. Robyn Gabel (HB 2667) in the legislature. The bill is estimated to raise more than $600 million a year through a penny per ounce  tax on sugary drinks. The HEAL Act invests about half of the revenue in community health programs that improve access to affordable, healthy foods and increase opportunities for physical activity in communities, while the other half will be invested to increase prevention of chronic diseases like diabetes and heart disease in Medicaid while preventing cuts to important Medicaid services. The HEAL Act is supported by more than 35 organizations including the American Heart Association (Midwest Affiliate), American Diabetes Association, Illinois Academy of Family Physicians and the American Cancer Society-Cancer Action Network.

"Nearly two-thirds of voters understand that sugary drinks are a health hazard," said Elissa Bassler, Executive Director of the Illinois Alliance to Prevent Obesity. "Voters strongly believe that the HEAL Act is a great option to help us fund critical health programs - they are willing to pay a small tax as long as the revenues are used to restore Medicaid and invest in the community prevention programs that will reduce disease and save on future healthcare costs."

"The timing of this information is ideal," said Ralph Martire, Executive Director of the Center for Tax and Budget Accountability. "As decision makers face tough fiscal decisions, this poll shows  support for a revenue proposal that can be considered a win-win for Illinois. The HEAL Act will help prevent Medicaid cuts while also providing important opportunities for economically disadvantaged people  to live healthier lives."